Telling my story so you can tell yours

We All Scream in Line for Ice Cream

This past April I had a panic attack at Lick, the farm-to-cone ice cream shop in Austin. I had just been to dinner with two new friends, all volunteers at Paleo f(x) 2015 that weekend. After our delicious and gluten-free dinner, one of the girls, Jess, suggested Lick.

I love Lick and had been a couple of times before. Except this time, I had a problem. I was doing no-refined-sugar and had been doing it for three weeks. This was my fifth or sixth one in three years, so I was no stranger to saying “no thank you” to things with sugar. I was also no stranger to refined sugar cleanses. The only problem with my sugar cleanses was that I did them in order to get clear skin, meaning that once my skin cleared and all my acne bumps had healed, I was left with the decision of when a gluten-free cupcake or ice cream would come my way to set me off course again.

But it wouldn’t be tonight, I decided. As I drove us all over to Lick, I told the girls I was happy to sit with them while they ate their ice cream, but I wasn’t having any. I was happy to have clear skin after an especially horrendous breakout earlier in the month, and I wasn’t about to set off a chain of dairy, sugar, and carb-laden food choices that always came with my “it’s just one bite” mentality. Once I took a bite of something with sugar, the cleanse was over. There was no turning back for a couple of weeks as the ice cream would turn into margaritas, which would turn into margaritas with chips and guac, which would turn into gluten-free brownies. And then we discovered the line. It was wrapped through the building all the way to the back bathrooms, and was probably a 40-minute wait. I was chatting with Jess as we stood at the back of the line, but on the inside, I was starting to feel anxiety.

There was no way I was going to stand in line for 40 minutes without wanting ice cream at the end of it. I started getting tunnel vision. All I could think about was “I need to get out of here.” Jess had mentioned that she used Uber, and her Airbnb was around the corner. “Are you going to be ok if I leave?” I said. “Sure” she said, and before I had time to feel guilty about leaving my new friends stranded at an ice cream shop at 10:30 pm in an unfamiliar town, I was out the door and back to the safety of my ice-cream-free apartment. The next day, I felt horrible. What kind of person – a PALEO person who wants to set a good example for all the people in her life – has a panic attack over ice cream? Isn’t that a little…intense? Since when does food give me so much fear that I abandon new friends at an ice cream shop? I barely recognized myself.

Many people in the paleo community have written about the insanely stress-inducing task of trying to be “Paleo perfect.” I have tried to be the “fun paleo girl” who enjoys a gluten-free pizza and high-quality ice cream. I have tried being a robo-cop who doesn’t touch dairy, gluten-free grains, or sugar for weeks. I have tried the whole “living with intention” thing where I tell myself “It’s not so bad you can’t have treats – isn’t life so much better with no acne spots to worry about?? You are such a spiritual person! You’re practically Jesus!” Neither option lasts for very long.

In fact, I caved at the airport a week after Paleo f(x) and bought Tate’s Gluten-Free cookies (which are amazing, by the way). I was hungry, I was stressed, I missed the ease of buying Frappucinos at the airport like I had done for a good 8-year chunk of my life. After the cookies, I spent the next week eating Paleo/gluten free treat after treat. How do I break out of this cycle? I considered what Jess had said in her blog post, “It’s not about food.” I know there are so many issues at play for me here. I keep my acne around because it’s familiar to me. I don’t know who I am without my acne. I’m afraid of being “my best self” or “my healthiest self”. Acne is an inflammatory disease, just like many of the other health problems that we hear about in the paleo community. When I stray from an AIP diet, I break out. It’s just that simple. It’s like clockwork. The only thing I have to guess about is my subconscious and my self-confidence. When will they sabotage me? When will they tell me it’s ok to have a gluten-free cookie, then cheese and gf crackers, then half a bottle of wine with friends, because my need to “be normal” is more important than my need to make good choices for my skin?

Luckily, like most people in the Paleo community, Jess understands. She’s still talking to me, which is a miracle! But I’ve had to re-evaluate some of the ways I look at my skin and how I treat my body. I didn’t start the Paleo diet just so I could become some crazed lunatic who runs out of an ice cream shop screaming. The Paleo diet saved my life (I had an undiagnosed gluten intolerance), but it uncovered some unhealthy relationships I had about food. I didn’t know I used sugar to cope with stress until I was told I couldn’t use it anymore. Though I’ve seen a therapist for years, I went Paleo cold-turkey without a safety net in place, meaning I didn’t have a psychiatrist and wasn’t on medication to balance the fallout of being without sugar (my drug of choice) for the first time in 23 years. Since my panic attack at Lick, I’ve considered things I haven’t considered before. I’ve talked to friends about disordered eating. I’ve made an appointment to see a psychiatrist to see if medication might help me navigate this up-and-down cycle. One day, I have a dream where everyone’s dietary needs will be met at all times – vegetarian, vegan, and Paleo alike. Everyone will be well-fed, and no one will find his or herself at the airport walking around and around and around the stand with the gluten-free cookies, trying to decide if this will ruin her life or not. Until then, I hope that by sharing my story, I can help others know that issues related to food are not just weight-related.

Where I’ve Been in the Last Year 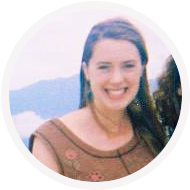 Hi, I'm Isabel! I think everyone should talk about their feelings. All the time. Well, maybe not all the time. I live in San Antonio, born and raised. I almost died from a gluten allergy but then I started the Paleo Diet and my whole life got easier. Just kidding, adult life is hard even when you're not dying. I talk a lot about Paleo and all the crazy things I've tried to get better after my health scare. Talking about emotions is my jam.com.
Categories
Recent Posts
Recent Comments
Archives
Copyright © 2015 Isabel Howard . Powered by Tribu Marketing + Advertising + Design